Descend the mountain with falling action 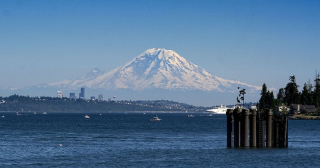 story may have reached its climax, the tale isn’t over yet. The author also should briefly describe the effects that the climax has on the characters. This section of the story is known as the “falling action.” It’s what happens to the main character as he descends the mountain that he has spent the entire story climbing.

When Luke Skywalker is given a medal during the celebration held in his and Han Solo’s honor at the end of “Star Wars IV: A New Hope,” we are watching the falling action.

Though the story’s central problem is solved in the climax, without the falling action the tale feels incomplete. The author typically needs to show that there is some payoff for the main character that underwent the change allowing him to emerge victorious during the climax. This payoff needs to be larger than simply defeating the antagonist. Restoration of order and some reward for the main character often needs to be described.

Need an editor? Having your book, business document or academic paper proofread or edited before submitting it can prove invaluable. In an economic climate where you face heavy competition, your writing needs a second eye to give you the edge. Whether you come from a big city like New York, New York, or a small town like Bantam, Connecticut, I can provide that second eye.