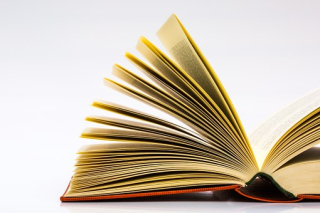 to write short stories, you probably are frustrated with the limited number of markets available out there to publish them in. And while ebooks allow you to sell short stories, the short ebooks still aren’t particularly popular (After all, if a reader why spend 99 cents on a short story when the same amount will get you a full-length novel?).

The obvious solution is to simply publish an anthology of short stories. Still, novels tend to be more popular than short stories, if only because many readers prefer a tale that lasts for a while; there’s something fun about going on a long adventure with a character or group of them.

Another possibility is to write a fix-it. This is when a series of short stories are organized into a novel. Excellent examples of fix-its are Rad Bradbury’s “The Martian Chronicles” and Isaac Asimov’s “The Foundation.”

To have a fix-it, you’ll need or have short stories that follow a single character or that center on a motif. “The Martian Chronicles,” for example, center on humanity’s settlement of Mars.

One problem with a fix-it, however, is it doesn’t necessarily hold together because there’s no overarching problem for a main character to resolve (Indeed, often the main character changes from story to story.). To resolve, there needs to be some overarching theme or motif that holds the story together. “The Foundation,” for example, explores how advanced human civilization avoids losing the knowledge it has accumulated over eons. You may need to rework your short stories slightly to add a problem that each short story incrementally works toward solving.