Should you turn your life story into a novel? 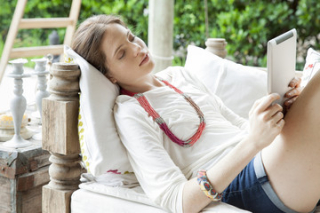 to yourself, “My life has been so messed up I ought to write a book about it”? Quite a number of people – including many famous novelists – have had the same idea.

But is your fictionalized autobiography really a great novel worth writing?

In a sense, all authors write about their past. A person is the sum of his or her own personal experiences, and bits and pieces of what has occurred to them can’t help but wind up in our writings. A character may be a conglomeration of two people we once knew, a setting may be our cousin’s house that we visited each summer, a name might be drawn from that kid in third grade just because it sounds right for the character in your story.

As for fictionalizing your entire life in a single story, however, the verdict remains out.

There certainly are advantages to writing about your past. First, you’ve experienced that life – and hence the story – so relating motivations and characters’ emotions as well as describing settings theoretically should be easier. There’s simply less to make up. Secondly, you’ll likely feel passionate about what you’re writing. Indeed, you felt these experiences deeply, and no doubt they were life changing. That can make for a powerful story.

At the same time, there are disadvantages to fictionalizing your past. Chief among them is that you run a risk of libeling someone. If readers close to you, such as family members and friends, can tell that specific characters are your mother, brother or boss, then you may not have fictionalized the piece enough. Just changing the real person’s name of “Anne” to “Ann” or even “Amy” or “Jan” certainly isn’t satisfactory – and neither is repeating word for word what they’ve said or did.

That’s a legal issue, though. A significant technical problem is that your life story just may not fit into the standard storytelling formula. Typically a novel needs to have a character with a central problem to solve, makes at least three efforts to resolve that problem, and then ultimately does so in a climactic scene. Let’s face it – most of our lives simply don’t unfold like that. Rewriting your life story to fit this fictional format ultimately may make the tale feel contrived.

The challenge in fictionalizing any life story, though, is ensuring that it reads like a narrative rather than an autobiography. Indeed, most readers picking up a novel want to hear a story that shows, not tells. A personal story told like a biography too often comes off as exposition, which soon can be dull to read. And that perhaps is the tie-breaker: Whether or not your life story will work as a novel largely depends on your ability to write interesting, quality fiction.

Need an editor? Having your book, website, business document or academic paper proofread or edited before submitting it can prove invaluable. In an economic climate where you face heavy competition, your writing needs a second eye to give you the edge. Whether you come from a big city like Milwaukee, Wisconsin, or a small town like Dry Prong, Louisiana, I can provide that second eye.