Five style issues to watch for in your story 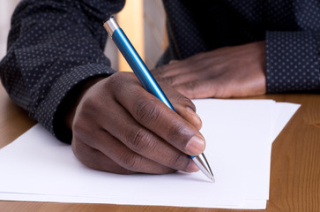 fiction manuscripts across the years, a number of style issues tend to appear over and over in the manuscripts of novice writers. You can make your story more presentable to readers if you address them before publishing.

Five style problems to watch for in your story include:
• Dialogue – Use quotation marks and other standard punctuation rather than dashes.
• It – All too often sentences are structured so that readers don’t know what “it” refers to. By rewriting these sentences, you’ll make that clear and tighten the story as well. For example, rather than writing “It took about a week to make a plan and to start advertising the block for this poor girl” tell what “it” is, such as “They spent a week planning and obtaining advertising for the blog.”
• Active voice – Rewrite passive voice sentences (those using being verbs) so they are in active voice. For example, instead of using the passive “They both were working on this project days and nights” change it to the active “They worked on this project night and day.”
• Show don’t tell – Replace exposition with descriptions that infer a person’s emotional state and response. Instead of telling us “Her mother was hysterical,” let the reader infer it by writing “She could hardly catch her breath as pacing the room.”
• Begin fallacy – Writers rarely need to tell us that some action “begins”; just go ahead and say what the action is. Rather than saying “She began crying again” write “She cried again.”

Making these revision will make the stories flow more smoothly and more appealing to readers.