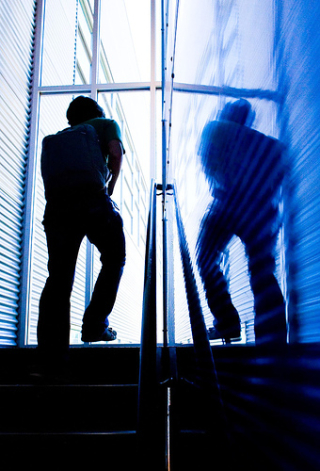 developing the rising action section of your story, there a few simple guidelines to follow. Ensuring these guidelines aren’t violated will help keep the story moving forward and increase the dramatic tension:
• Our hero never can give up – If he stops trying to overcome the central problem, the story would end. There may be moments where he doubts his abilities or the solution, but he cannot stop his counterthrusts against the antagonist until overcoming the central problem.
• The plot must thicken – With each level of rising action (or each effort to overcome the antagonist) ultimately solving the problem should become more difficult. This is known as a “thickening” of the plot. If each level or effort becomes less complicated, then the reader will know the story’s outcome and become less invested in the main character. Facing the biggest, most powerful monster first then a less powerful dog-sized monster and finally a virtually powerless bug-sized creature is anti-climatic.
• Good plotting involves “planting” – As developing the rising action, the author should reveal certain facts that later allow for plot twists. If this isn’t done, then the twist probably will appear artificial or forced. The trick to planting is ensuring that the upcoming twist doesn’t become so obvious that the reader knows it’s coming. It wouldn’t be a twist then.

Need an editor? Having your book, business document or academic paper proofread or edited before submitting it can prove invaluable. In an economic climate where you face heavy competition, your writing needs a second eye to give you the edge. Whether you come from a big city like Baltimore, Maryland, or if you come from a small town like Giants Neck, Connecticut, I can provide that second eye.