Home Archives Profile
Should you ever co-write your book?
Add 'big scenes' to give story some oomph

Story more profound with man vs. himself conflict 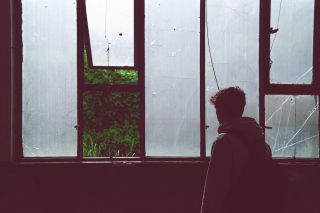 the most profound conflict a character can face is when he is at odds with himself. Conflicts in which the protagonist faces off against other individuals or society often result in characters that represent ideals and concepts. But the character that first must deal with his own foibles in order to overcome a villain or oppressive values has learned something. He has grown as a character and become a better human being. Ideally, your readers will grow with this character, making his triumph over others more lasting in the readers’ minds.

An example of man vs. himself conflict is Anakin Skywalker’s internal struggle in “Star Wars III: Revenge of the Sith” in which the young jedi must decide if he will serve the powers of good or turn to the Dark Side. In this case, Skywalker makes the wrong choices and becomes the villain Darth Vader.

If handled correctly, a man vs. himself conflict can raise a story to high art. The “Star Trek: The Original Series” episode “The City on the Edge of Forever” in which Captain Kirk must decide between his love for a woman and his responsibility to the future of humanity is modern tragedy. In Stanslaw Lem’s “Solaris”, a psychologist is reunited with what appears to be his wife but in reality is an amalgam of his memories of her. The result is an intense psychological struggle worthy of the best contemporary literature.

Arguably, your story gains sophistication when your main character must do overcome a challenge other than defeating the forces of nature or a straight villain. To survive being marooned on a desert world or succeed in taking down an alien menace, your main character ought to first have to overcome some internal conflict that in turn allows him to be victorious over nature or invader. For example, in Anne McCaffrey’s short story “The Smallest Dragonboy,” the main character Keevan must learn self-discipline and gain self-confidence to achieve his goal of becoming a dragonrider. In doing so, he overcomes the story’s wider challenge of being ridiculed by the other older and stronger boys.

Your story almost always is better when a man vs. himself conflict rests at its core.

Need an editor? Having your book, business document or academic paper proofread or edited before submitting it can prove invaluable. In an economic climate where you face heavy competition, your writing needs a second eye to give you the edge. Whether you come from a big city like Arlington, Texas, or a small town like Chicken, Alaska, I can provide that second eye.