Don't burden us with a self-indulgent digression 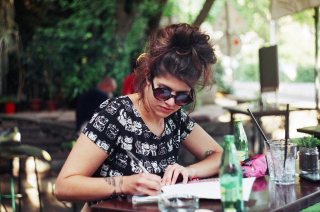 pen stories to make a statement about an ethical or political issue. This is especially true in science fiction; the movie “Star Trek IV: The Voyage Home”, for example, is largely about the need for humanity to be better stewards of the Earth, specifically in the way we treat whales.

Unlike “The Voyage Home”, however, authors sometimes are tempted to get on their soapbox rather than allow the message to unfold with the story. When a diatribe or rant is inserted in the story, the author is guilty of a self-indulgent digression.

There are a lot of good reasons to excise this digression from your story. First, it breaks the story’s dramatic tension. You only have so many words to tell a story, and if you don’t use every one of them to move the tale forward, the risk of the reader putting the novel down or turning to another story in the magazine increases. Furthermore, the point of a fiction story is to express a message through the character’s actions, to show a position by taking us through the people’s lives as they face a moral crisis. Diatribes and rants aren’t why readers picked up your story. Finally, such digressions indicate a lack of craftsmanship on your part. Good writers don’t convince their readers to take a moral or political stance by arguing points as if they’re in a debate but instead rely on the power of storytelling.

Simply put, get rid of the rant in your story. Send a letter to the editor, go stand on a soapbox in a park or write a blog if you must write a diatribe. After all, readers picked up the publication that your story is in to read fiction not essays.

Need an editor? Having your book, business document or academic paper proofread or edited before submitting it can prove invaluable. In an economic climate where you face heavy competition, your writing needs a second eye to give you the edge. Whether you come from a big city like Daytona Beach, Florida, or a small town like Rabbit Hash, Kentucky, I can provide that second eye.