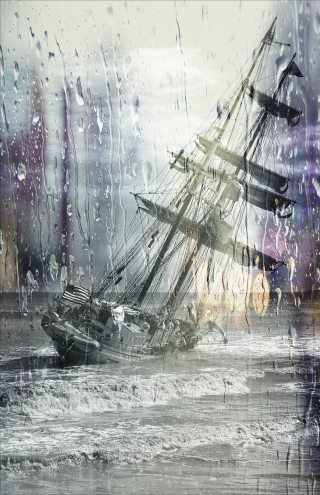 your story, you’ll want your characters to face a number of challenges or conflicts. One of the most basic of them is man vs. nature. In this conflict, the characters find their goals jeopardized by the natural forces of the universe: the cold of an ice age, dangerous plants and animals in an alien jungle, or the vacuum of space.

This conflict can truly test the characters’ stamina, and in a Darwinistic way, show who is the fittest. There’s virtually nothing that a character can do to change the weather or his environment, but he can through physical strength, willpower and intelligence survive it. Exactly how the character does survive – whether by forcing himself to stay awake for three days until he can march his out of the desert or by using his wits to kill a beast and sleeping in its belly to stay warm – says a lot about what characteristics the author values.

The man vs. nature conflict can takes on a thematic role in ecological disaster stories. A good example of this is Larry Niven’s novel "Legacy of Heorot." Set on a colony world, the story centers on how nature is “fighting back” against the ecological changes that the colonists have engendered. It examines the issues of what happens when humans interfere with the natural order of a world and if the notion of “protecting nature” is rational.