Home Archives Profile
"If there's a book you really want to read, but it hasn't been written yet, then you must write it." – Toni Morrison
Avoid exposition (Show, don't tell!)

How to form your story's basic structure 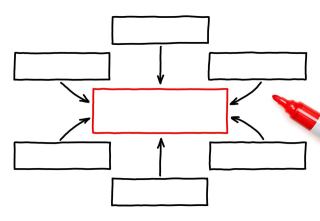 every story, something happens. These events form the structure of your tale. Plot, then, is the drama and action through which characters come to life.

Consider the plot of “Star Wars IV: A New Hope”. During the story, young Luke Skywalker finds his dreams and hopes of leaving a desert world quashed by his uncle. While looking for two runaway droids, Luke meets Obi-Wan Kenobi; one of the droids has a message for Obi-Wan pleading for him to help rebels against the oppressive Empire. When Luke returns home, he finds the farm ablaze and aunt and uncle dead. He decides to join Obi-Wan’s mission to help the rebels. The pair charter a flight with a smuggler, Han Solo. At their destination, they encounter the Death Star. Entering it, they rescue Princess Leia, who sent the earlier mentioned message to Obi-Wan. Returning Leia to the rebel base, they plan an attack to destroy the Death Star. In the end, Luke is the one who fires the shot that causes the Death Star's destruction.

Obviously, much more happens in the movie that those few events. But it is that storyline on which the rest of the story hangs.

A story at its most basic is plot. It’s why when junior high students write book reviews they almost invariably write about what occurs in the story, void of any references to the other elements of fiction except maybe a stray line about who the main characters were and where the story was set.

There are many metaphors about what plot is, most of which are equally apt. Some writers and academicians say it’s a structure that leads us somewhere, others a thread that pulls readers through a story. Using music as a metaphor, some refer to plot as “narrative melody.”

Plot is far more than a series of events, however. Events occur in a story because of cause and effect. Luke goes into space with Obi-Wan because once the farm is destroyed, nothing remains for him on a planet where he doesn’t want to be. Because of this cause and effect rule, most stories are told in chronological order. “A New Hope” doesn’t start with Luke rescuing Leia then jumps to the events that led him to the Death Star. In good stories, these events that occur also should involve conflict. Luke doesn’t just walk aboard the Death Star and take Leia. Stormtroopers chase him, and he is caught in a trash compactor with a sea monster.

There are some basic rules of plot that authors should follow:
• A plot should be logically consistent - Nothing should happen at random in a story. Random events slow the story and confuse the reader.
• A plot begins before the story does - “A New Hope” begins with the Empire’s forces firing on Princess Leia’s ship in orbit around Luke’s world. If the plot began at the chase’s beginning, the main story about Luke realizing his dreams of doing something important with his life would be delayed.
• Events in the plot should surprise the reader - That a sea monster is in the trash compactor waste and that it pulls Luke under into the muck are surprises.
• Keep your characters in trouble - So long as the characters have problems to overcome, the plot can remain interesting. For example, when Luke and his companions escape the stormtroopers by jumping into the trash chute, they find there is no way out – and then the walls of the trash compactor begins to close. In addition, come up with creative ways to get your characters out of their problems.