Avoid starting sentences with ‘it’ 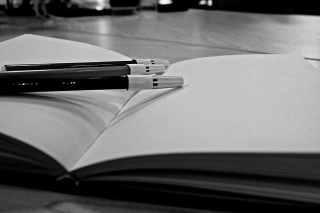 starting sentences – and especially paragraphs – with “it.”

By starting a sentence with “it,” you can confuse the reader. After all, what exactly does “it” refer to? The previous sentence should specifically give the word that “it” clearly refers to. For example: “Ask him out for dinner. Then pay for it.” In this case, “it” clearly refers to “dinner.” If this doesn’t occur, you’ll want to restructure the sentence.

In addition, starting sentences with “it” usually means you’re using passive voice. Typically the word “is” follows “it,” as in “It’s very stressful for a relationship to survive in circumstances such as this.”

To rewrite a sentence that starts with “it,” ask yourself what “it” refers to. The answer is what should be used in place of “it” in your sentence. To wit, in “It’s relatively inexpensive to get a background check and will put your mind at ease,” “it” really is “getting a background check.”

Next, replace “it” with your answer (and clean up the rest of the sentence), so that you have “Getting a background check is relatively inexpensive and will put your mind at ease.” You still have passive voice, but the sentence is tighter and clearer.

An exception to this rule is dialogue. People naturally misuse “it” when speaking, and to make dialogue appear realistic, you may want to have a character start a sentence with “it.” This generally is a good idea for characters trying to figure out something about themselves or another, as starting a sentence with “it” suggests that their thoughts are still nebulous and unclear.

Need an editor? Having your book, business document or academic paper proofread or edited before submitting it can prove invaluable. In an economic climate where you face heavy competition, your writing needs a second eye to give you the edge. Whether you come from a big city like Chicago, Illinois, or a small town like Humptulips, Washington, I can provide that second eye.