Home Archives Profile
Your Rx for first draft-itis
Don’t stink up your writing: Breathe vs. breath

Give your writing class with appropriate diction 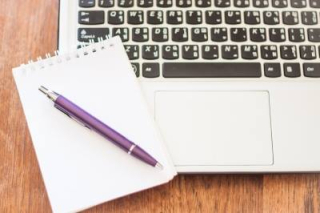 of true craftsmanship for a writer is when he selects the right words and arranges them in an evocative way. After all, the most interesting character facing a significant moral decision in a fast-paced plot and exotic setting will sound flat if the words used are wrong. The vocabulary choices and ways they are arranged to create a sense of style is known as diction.

Consider this excellent use of diction from Frederic Brown’s short story “Puppet Show”:

Horror came to Cherrybell mounted on a burro led by an ancient, dirty and gray-bearded desert rat of a prospector who later gave the name of Dade Grant. Horror’s name was Garvane. He was approximately nine feet tall but so thin, almost a stickman, that he could not have weighed over a hundred pounds. Old Dade’s burro carried him easily, despite the fact that his feet dragged in the sand on either side. Being dragged through the sand for, as it later turned out, well over five miles hadn’t caused the slightest wear on the shoes – more like buskins, they were – which constituted all that he wore except for a pair of what could have been swimming trunks, in robin’s-egg blue. But it wasn’t his dimensions that made him horrible to look upon, it was his skin. It looked red, raw. It looked as though he had been skinned alive and the skin replaced raw side out. His skull, his face were equally narrow or elongated; otherwise, in every visible way, he appeared human – or at least humanoid. Unless you count such little things as the fact that his hair was robin’s-egg blue to match his trunks, as were his eyes and his boots. Blood red and light blue.

Notice how certain words describing Garvane evoke a sense of revulsion and alienness about him: “It looked as though he had been skinned alive and the skin replaced raw side out”, his hair and trunks are a contrasting “robin’s–egg blue”, he’s a “stickman”. In fewer than 100 words, we have a good idea of what Garvane looks like, but even more than that we are moved at an a gut level and find him repulsive.

Mastering diction really is a matter of reading a lot of good authors and spending a lot of time writing. But if a beginner, there are a couple of things you should keep in mind to improve your diction right away:
• Don’t use big words for the sake of showing off – Bigger isn’t necessarily better. Often such words distract the reader and make him think the author is a show-off.
• Don’t always go for the simplest, shortest word (as so many writing books wrongly recommend) – Instead, opt for the right word, that is the word that best fits in definition, tone, characterization, etc. The English language is vocabulary rich, and the word you’re looking for probably is out there.

Need an editor? Having your book, business document or academic paper proofread or edited before submitting it can prove invaluable. In an economic climate where you face heavy competition, your writing needs a second eye to give you the edge. Whether you come from a big city like Kansas City, Missouri, or a small town like Truth or Consequences, New Mexico, I can provide that second eye. 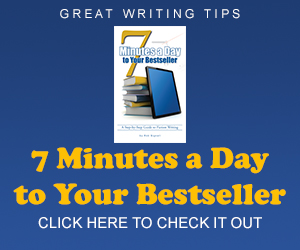