How to come up with a great pen name 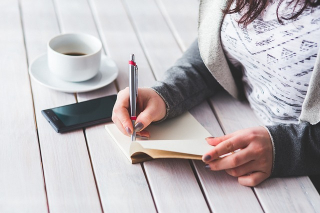 decide that you want to use a pen name, the question then arises as to what you pseudonym should be. You’ll probably want to brainstorm several names then think about which one sounds best before going with it. After all, this name will be on your book’s cover, Amazon.com page, and a dozen (if not more) other places forever.

So how do you come up with a pen name? There are lots of possibilities:
• Easy to remember – One word of your name should have only one syllable and the other word of your name have two syllables, as in "George Orwell," so it’s easy to spell and remember.
• Gender neutral initials – Teen novels like “Harry Potter” used to be read predominately by boys. So Jo Rowling became “J.K. Rowling.”
• Something symbolic – Samuel Clemens used “Mark Twain” from Mississippi River steamboat jargon. Don’t get cute or showy, though, with your pen name (Remember, a bad real name is one that sounds silly, and so is a bad pen name.).
• Think marketing – Why not sandwich your book between the names of two bestselling authors on a bookstore shelf? Of course, since most book sales are now done online, this shouldn’t be a primary factor in choosing a pen name.
• Combination of above – Perhaps pick a name with three syllables in it while going with one that’s gender neutral, such as Quinn Fawcett.

Need an editor? Having your book, business document or academic paper proofread or edited before submitting it can prove invaluable. In an economic climate where you face heavy competition, your writing needs a second eye to give you the edge. Whether you come from a big city like San Jose, California, or a small town like Poipu, Hawaii, I can provide that second eye.